Born in Taipei City, Taiwan.Kuangyou started to playing guitar at the age of fifteen. He was attracted by rock music soon, and performed a lot with local metal band in his early music life. However, a concert of Pat Metheny Group changed the way Kuangyou’s vision of music. He decided to study abroad for formal Jazz music training after graduated from university.

During the period of study abroad, Kuangyou had lots of chance to performed with different ensembles which play many of styles such as fusion, tango, world music, even vocal ensemble, and he finished three years study with Fabien Degryse(Belgium Jazz guitar master) in Brussels Royal Conservatory at 2007.

He picked up oud soon after he was invited by a world music ensemble. In the beginning, he taught himself to play Arabic classical repertoire, then he started to study with Tsunemi Yuji(Japanese oud master) regularly. Furthermore, he still thirsted for knowledge of Arabic music theory. So he went to New York City for studying with Bassam Saba, Lebanon multi-instrument virtuoso. During his study in NYC, he also won a scholarship to Arabic Music retreat which held by oud virtuoso Simon Shaheen, and was instructed by Simon.Shaheen in the retreat directly.

He has performed in Belgium, Taiwan, Japan, Unite states, including many music festival such as Lincoln Center out of doors(with Bassam Saba and his New York Arabic Orchestra), Asia-Pacific traditional Arts Festval, Heng Chun international folk music festival and so on.

As the first and only one oudist in Taiwan, he will not stop his passion for promoting the beauty of Arabic Music from Taiwan to Chinese-speaking society.
莊嘉維(bass)

Born in Taipei City, Chia-Wei started to study music when he was a child. In addition to bass, he
also study piano, violin, and arranging for several years. He was a chief bassist  in Ministry of National Defense Military Band soon after he graduated from National Taiwan University of Arts.

He is veteran musician, and one of the most busier bassist in Taiwan now. He performed with  many different styles of group, including Taipei Philharmonic Orchestra, Taipei Chinese Orchestra, Taiwan Justmusic philharmonic orchestra, Ashti Silk Road project, Jazz quintet..etc.
He worked with so many renowned musician in Taiwan such as Uno Kaori(Jazz pianist), Chris Babida(pianist, producer, composer), Pei-Ching Wu(marimba musician), Frank Lu(violinist), Rich Huang(Jazz drum Virtuoso)and so on.
莊佳綺(手鼓)

From east to west, from music to dance, she is an all-powerful percussions master. Her forays into different rhythmic techniques and skills of different cultures know no bounds. She is drunk with the intense exhilaration of the percussive beats. With magical fast hands that are out of this world, she thrives on the world stage. 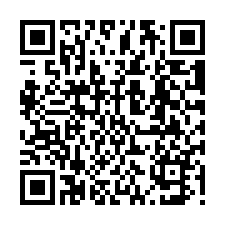