The music on this CD was originally developed as a soundtrack for the motion picture „MENSCH KOTSCHIE” by Norbert Baumgarten. It was the ambition to arrange instrumental music by Johann Sebastian Bach for just the human voice. We´ve tried to approach these phenomenal compositions with our SLIXS-own distinct curiousness and delight in playing around, but all along with the respect for the great musical master as a permanent companion. All vocalises appearing on this CD are fictitious. Any resemblance to real languages, living or dead, is purely coincidental. 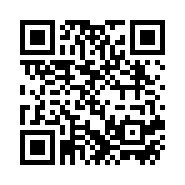